Nicki Koutsoukos has lived on the Northside of Chicago for over 20 years and was part of the launch of the Mom’s Demand Action Lakeview/Lincoln park chapter where she served as a legislative lead for three years and lead the chapter for one year. Nicki has also been a member of the IL Coalition for Hand Gun Violence for over three years where she was involved in working on on the Gun Dealer Licensing which passed into being IL law. As a Liaison, Nicki also provides legislative calls to action to other local Northside groups including Indivisible Lakeview Lincoln park. Nicki joined the GVP movement starting as a member when she saw that gun violence as a public safety problem could no longer be tolerated. Previously she helped to form a Chicago Committee for The Humane Society of the United States where she worked on fundraising events which funded a new campaign against the dog fighting issue in Chicago. Prior to that after losing two loved ones to brain tumors, Nicki served on a Chicagoland Committee for the American Brain Tumor Association working on fund raising events that would go to fund research. As a mother, a proud resident of Chicago and a person who has seen enough, I will continue to work on helping to achieve common sense gun safety with Brady IL now and in the future. I am so grateful to be a part of the amazing people who work to help end the loss of life we are all experiencing.

Back to Team Members 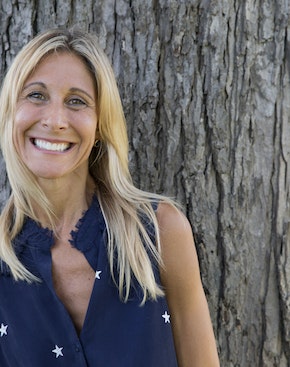